The stand of promotion of Lugo in the Tour of Spain received more than 20.000 visitors and offered on 50.000 appetizers 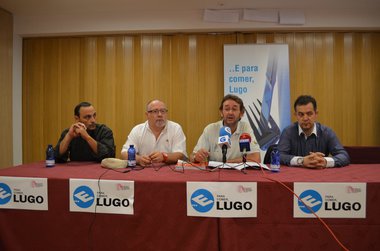 07.09.2012. The president of the Apehl, Cheché Real, valued this morning in press conference the positive effects of the campaign of promotion of the products of the province of Lugo in the Vuelta Ciclista a España, initiated the past 18 August with the support of the Secretaría Xeral para o Turismo of the Xunta de Galicia. Between them it stood out the wide reception of public, then, to fault of the two last stages, by the place that installed in the zone vip of the distinct exits traced by the north of the Peninsula happened more than 20.000 people, around an average of a thousand to the day. They served  around 50.000 appetizers.